What is IDF, RDF, ADF, CDF in electricity bills? 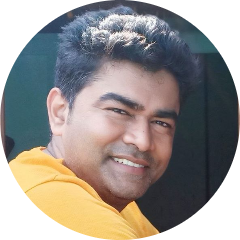 1. IDF (Identified Defective) : Meter reader is supposed to enter this remark manually when he identified that meter is actually defective and need to replace before next cycle. Examples: No Display, Meter burnt due to short circuit.

2. RDF (Reading Defective) : This is an auto-generated meter read remark if the billing system finds that previous read is higher than the current read. Licensee needs to check such cases. There could be two possibilities:
a. Meter is OK and reads wrongly punched, Need to revise the bill.
b. Meter is actually defective and reading back. Such meter needs to replace.

3. ADF (Appear Defective) : This is also an auto-generated meter read remark if the billing system finds that there is no change in previous read and current read. This could be due to
a. No use of electricity for a certain month.
b. Meter read stops due to some internal fault.
Needs to visit the site and do bill revision or meter replacement as per requirement.

4. CDF (Ceiling Defective) : Hindi meaning of ceil is सीमा। could be understood as Limits or boundary. Ceil is defined as 800 unit/KW/month. So, CDF will be remarked automatically, if the billing system finds that consumption of a consumer is above 800 units/KW/Months. Licensee needs to inspect the premises and check
a. If the consumer is using load more than his sanctioned load.
b. If the consumer was managing the reading store before.
c. If the meter is actually defective and reading gets jumped suddenly.